The Handbell Choir rings monthly for Sunday worship from October through June. Previous ringing experience is helpful, but not required.

Youth/Adult Orchestra, open to all who play

The orchestra gives student and adult musicians an opportunity to get to know one another and make music together.

It’s an exciting way to use your musical talent in the worship service, and we want to hear you play! Please contact Greg Homza for more information. 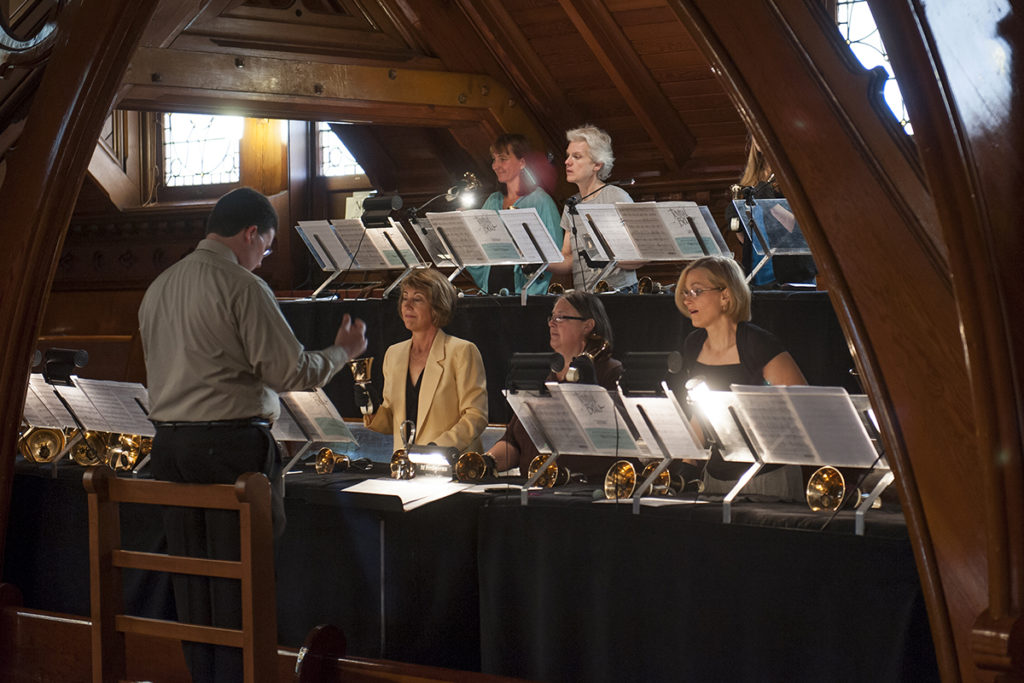 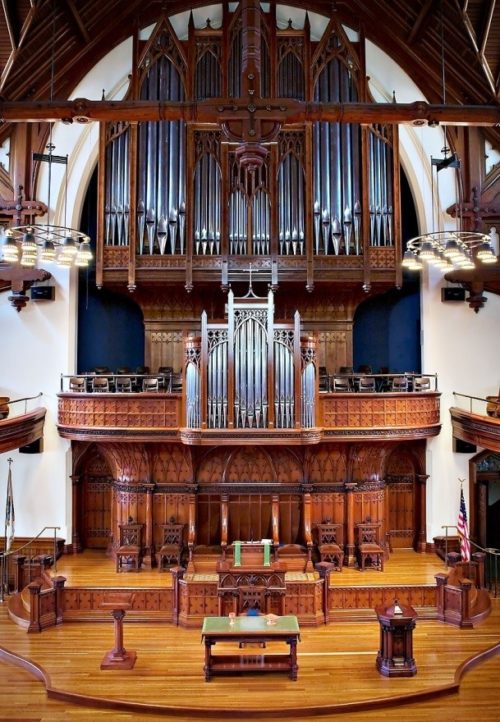 Our hand-crafted tracker pipe organ was custom-designed for the congregation by Dan Jaeckel, of Duluth, Minnesota.

The instrument was constructed at Jaeckel’s shop in 1997-99, dismantled, shipped to Portland, and installed in the church sanctuary from August 1999 to February 2000. The formal Service of Dedication was celebrated on April 30, 2000.

​The Jaeckel organ has 52 stops, 69 ranks, 3 manuals, and 3,515 pipes. Several hundred pipes from the church’s previous organ were rebuilt and revoiced to become part of the new one.

The new instrument restores the basic appearance of the church’s original 1890 Ryder organ (which was replaced by a Möller organ in 1929).

​The project was made possible by a generous leadership gift from Sally and Cecil Drinkward, and donations from the congregation and friends of music at First Presbyterian Church.

Through its singing beauty and visual splendor, the Jaeckel organ inspires each of us to seek and worship the living God. It will serve as a gift to the congregation and the community throughout the years.

Join Us for Streaming Sunday Services